Eat Wild is the consumer facing campaign of British Game Assurance. Eat Wild aims to showcase wild game as it’s never been seen before whilst promoting BGA-assured meat, reared and released to top welfare standards in the British countryside.

EatWild uses a ‘foodie’, consumer-friendly tone to appeal to millennials, urbanites and other demographics who are less likely to have tried game in the past. Eat Wild never talks about shooting but instead focuses on the high welfare , nutritional benefits and the sustainability of game meat. 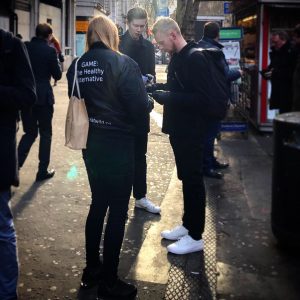 In January 2019 the BGA Team hit the streets of London speaking directly to consumers, many of whom had never heard of game. We handed out over 15,000 leaflets and subsequently received many messages on social media and saw our followers and traffic to the website increase dramatically. The shooting community was delighted to see game being promoted directly to members of the public.

We created the Field to Fitness campaign as a way to showcase the nutritional benefits of game; a series of short videos to promote the health benefits of game featuring vet and fitness blogger Roxy Winstanley and model Matt Peacock. 17,113 have watched the first video and 44,492 saw the second. While Matt’s 30,300 followers may have included a few country people, on account of his country modelling, Roxy has no affiliation with shooting, so her 40,800 followers on Instagram represented a totally new demographic for game meat.

The Field to Fitness campaign was a good way to create a new audience and increase the awareness of British game.

10 initial recipes were developed when launching www.eatwild.co. The recipes have been published in among others Hello, Country and Town House and Foodism as well as across the shooting press.

We expanded our recipe portfolio with another 10 recipes, working with videographers to make easily digestible 1 minute films for social media and our website. Feedback for the food videos has been brilliant. The first video was Jamaican Jerk Grouse Recipe, launched in August 2019. The most successful videos so far have been Partridge and Pear Puffs, Pheasant Mac and Cheese, and Pheasant Thai Green Curry, all of which have been viewed and shared over and over again. 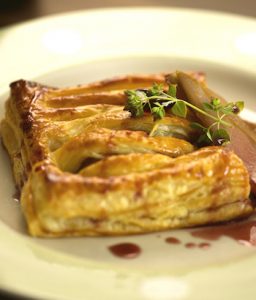 We achieved a social media impact of 2,815,740 people through a collaboration with Emma Bridgewater. We sent out their new pheasant crockery alongside a brace of pheasants and an Eat Wild recipe booklet to food critics and social media influencers.

Since the inception of Eat Wild we have engaged with social media influencers, media personalities and chefs by sending them high quality, fresh game at the start of the season.  We send out festive hampers and game boxes with our recipe booklets. These ‘game drops’ have secured mentions from famous foodies such as William Sitwell, Sophie Michell, Lorna Robertson and The Modern Chef, who between them have a combined following of 45,235 and a social impact of 5,280,339.

Collaboration with Mac and Wild

During lockdown we teamed up with restaurant chain Mac and Wild to bring game into people’s homes. We produced a restaurant kit containing ingredients and a recipe, guiding the home cook through the process of preparing a traditional roasted grouse for two, served on toasted brioche loaf, “dirty” chicken jus, charred red pepper and spring onion.

It was a great way to make grouse more accessible at a time when restaurant dining was off the table.

In November 2021 we again worked to engage urban foodies, by joining up with seven influencers whose combined following of 126,800 people were new to game. We invited these seven online chefs to a feathered game butchery and cookery class hosted by Tim Maddams, and asked them broadcast what they learned to their followers.

Great British Game Week is the annual celebration of game and Eat Wild’s time in the media spotlight. It is a great opportunity to capture the attention of the press and get them talking to their readers about great British game. We have secured BGA/Eat Wild Game Week coverage in The Grocer, Great British Food Magazine, The Telegraph, The Evening Standard, Esquire and Sheerluxeman.com to name a few, always taking the opportunities to endorse BGA stockists whenever we get the chance. We speak to shops and restaurants across the country to find out what game they have going on, and we lend their voices a media megaphone. 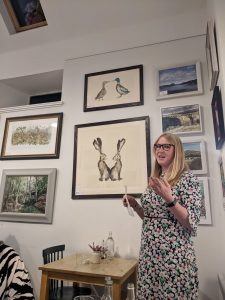 Louisa discussing the importance of game at Finzean Game Dinner.

Our joint efforts with Le Bab to create three game dishes in honour of Great British Game Week were a huge success, securing a social media impact of 39,348,200. Le Bab has three restaurants in Central London, serving mostly young professionals  Together we hosted a preview night for influencers and press, resulting in that extraordinary social media engagement, and  Le Bab kept game on the menu for the rest of the season.

We hired a food truck for the day to kick off Great British Game Week 2019 and headed to Bristol where we handed out samples to members of the public. Bristol was chosen as it has a high population of vegetarians and students. We managed to convince a number of vegetarians to try game and of the 4000 samples we gave out nearly every recipient had never tried or heard of game before. 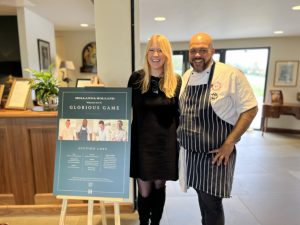 During Game Week 2022, we organised Game Dinners in Aberdeenshire and London and took our social media following on the road to BGA stockists to show everyone where they can go and buy game. We collaborated on a spectacular celebration of game at Holland and Holland’s Shooting Grounds, and showcased recipes people could cook up at home. We directed our followers to 24 restaurants across the country actively participating in Great British Game Week.

Eat Wild uses social media in a manner never before used by other game-focussed organisations. On Instagram we currently have 8,063 followers; 78.1% based in the UK, 7.4% in USA and the rest split between Europe and Canada, 8.3% of which are located in London. 40.3% of our audience are between the ages of 25 – 34 and 42% of our audience are women, completely inverting the demographics typically associated with shooting. Eat Wild is reaching beyond the boundaries of the countryside community to spread the word about game.

From talking to members of the public at events we realised that one of the biggest stumbling blocks with introducing people to game is that they are intimidated by cooking it; so we teamed up with The Wild Meat Company to create a Guide To Cooking Game. This innovative leaflet gives a brief description of flavours that compliment the varying types of game, along with cooking timings and how game should appear once cooked. Exactly what new cooks need to get to grips with game for the first time.

This year saw a huge increase in cookery demonstrations at Highclere Show, The Game Fair and Weston Park to name a few. Next year we plan to expand our calendar even further, attending many more country shows as well as food festivals where there is not normally any game present. It is incredibly rewarding to introduce people to game at these shows, where so many people have never tried it and only ever seen it on TV. Demonstrations are a great opportunity to dispel negative perception of game and myth-bust people’s preconceptions. 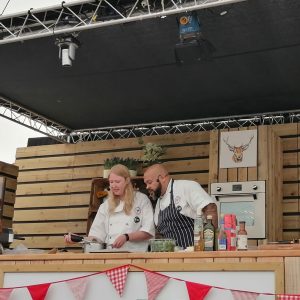 Louisa and Leon giving a food demonstration at The Game Fair.

Early in 2022 Eat Wild launched  its first spice mix, a Mexican mix designed for fajitas and chillies and optimised to work especially well with the mixed game sold in Sainsburys. The mixes were created to make cooking game simple and quick, breaking down the the idea that game is intimidating and challenging . This spices have been ground-breaking in helping open game to new consumers.  Following the extraordinary success of the Mexican mix at The Game Fair, we expanded the range to include a a Jamaican Jerk mix to compliment grouse and venison before launching an Indian mix in time for Weston Park Show. Weston Park was filled with the smells of slow-cooking game and our Indian spice mix, bringing in new consumers from across the showground.

The success of the spice mixes in promoting game made us reflect on what was really needed to encourage people to try game: simplicity. So we decided to launch a basic game range, available online to anyone who finds our Eat Wild website or meets us at shows.

Eat Wild is a vital tool to promote  game as a high welfare, sustainable and free range meat for those who do not count themselves among the countryside community. Eat Wild is invaluable in supporting BGA in its mission to promote game on a large consumer scale to a new audience, growing the demand for game and the support for shooting among entire new populations. The logo, photography and content has been optimised to appeal to a younger, more metropolitan audience while our collateral has been designed to sit in high street stores, farm shops and butchers to engage this newmarket. We have found a that chefs would rather endorse Eat Wild over a campaign associated with shooting. Foodies are inspired and excited by a modern, food-centred campaign. That is what Eat Wild will continue to deliver for shooting.

“I haven’t eaten much game other than duck so it was great to try a range of wild meat that’s sustainable, nutritional and tasty”

“I have never eaten game before and I loved every course and trying all the different game options; I will definitely be eating game again!”